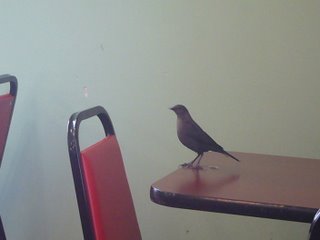 happy new year, happy NIU year. fireworks are still exploding overhead in beijing. one tradition says that today, the 5th day of the lunar new year, lighting firecrackers drives out the demons. obviously nobody is taking any chances this year, because it's currently a COMPLETE war zone outside my window. this morning half-asleep, i mistook the sound of firecrackers for a heavy rainstorm. no complaints though, i'm very happy to be demon-free.

so here's the latest: we're going to japan on sunday. ww and i will be there for the next 2 months doing an artist residency at ZAIM in yokohama, organized by the generous and lovely folk(s) at far east contemporaries. not sure what's going to happen while we're there, but we're leaving it open enough so that something interesting can. i think there might be something exhibition-like going on in the near future. i'll keep you posted. if you are in japan, or know of something interesting in japan that ww and i should do/see, drop us a line. i'll definitely be posting more while we're there as well as uploading copious amounts of random photos (like the one above which was taken last month in a taqueria in san francisco).